Thursday's soccer news starts with the draw for the 2021 Concacaf Champions League, specifically the MLS match-ups. All four USA spots and Canada's place in the tournament were in pot 1 with three Liga MX clubs. Only one club from the North American zone was in pot 2. Canada's participant was the unlucky winner in the draw, with either Toronto or Forge FC playing Leon in the round of 16 that . . . 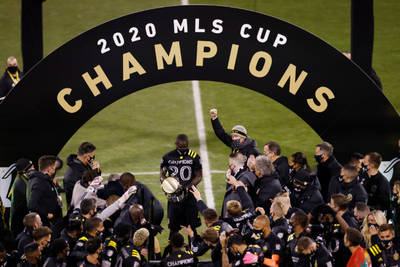 By Jason Davis – WASHINGTON, DC (Feb 10, 2021) US Soccer Players - The most unusual year in Major League Soccer history ended with the Columbus Crew lifting its second MLS Cup trophy following a comprehensive victory over the Western Conference champions Seattle Sounders. The season did not end the way the Sounders had hoped, but the club's achievement of reaching four MLS Cup finals in five years . . .

Tuesday's soccer news starts with the US Open Cup Committee announcing the schedule for the 2021 US Open Cup. With last year's tournament lost to the pandemic, the committee is making changes for this edition. The Open Cup will run from May 4 through June 30, playing out over five rounds. "As we looked at our scheduling options, the Open Cup Committee first prioritized the health and safety of . . .

Monday's soccer news starts with the Major League Soccer Players Association and MLS announcing a tentative deal before the league's 24-hour extension on Thursday's deadline expired. The new collective bargaining agreement requires ratifying by the players as well as signing off by the league. The deal should mean that the 2021 season starts on time. Also in the soccer news, Tigres advanced to . . .

Friday's soccer news starts with another example of tournament scope creep, this time from the fine folks at Concacaf. You might remember that once upon a time, the Concacaf Champions League closely followed UEFA's original example. There was a group stage in the fall and the knockout round in the spring. Due to what we're going to politely refer to as questionable interest, Concacaf dropped the . . . 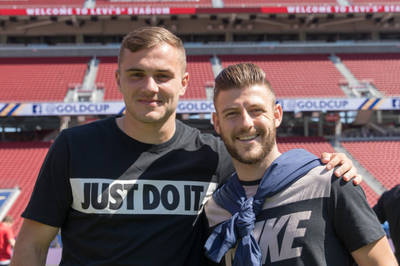 By Jason Davis – WASHINGTON, DC (Feb 3, 2021) US Soccer Players - Tracking soccer developments in these unprecedented times is an exercise in moderated surprise. How can we think anything that happens now is all that remarkable? Of course, soccer is going to be subject to the winds of pandemic-inspired change. Those winds picked up dramatically in an easterly direction at the end of Europe's . . .

By Clemente Lisi – NEW YORK, NY (Feb 1, 2021) US Soccer Players – The pandemic has uprooted the soccer world, pausing the games almost a year ago. That pause caused a ripple effect, forcing the postponement of domestic seasons and cup competitions that ended up finishing later in the summer. UEFA's Champions League, the biggest club tournament on the planet, concluded two months later in August. . . .

Friday's soccer news starts with the MLSPA offering a new proposal to MLS in advance of what the league argues was a deadline expiring at midnight. The MLSPA doesn't agree with Major League Soccer's timeframe after MLS chose to use the force majeure clause to reopen the collective bargaining agreement. "Amid a cloud of uncertainty over the 2021 season, players have once again been forced back . . . 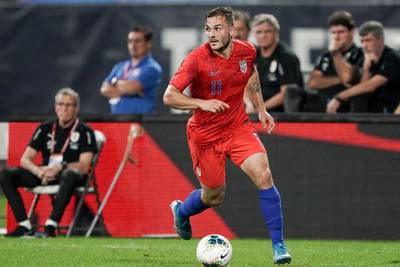 By Jason Davis – WASHINGTON, DC (Jan 27, 2021) US Soccer Players - American soccer fans thought they understood Jordan Morris. Some agreed with his career choices and some didn’t, as much as “agreeing” or “disagreeing” with someone else’s career choices is a justifiable thing to do. Thanks to his loan move to Championship club Swansea City last week, old perceptions are just that. Whoever American . . . 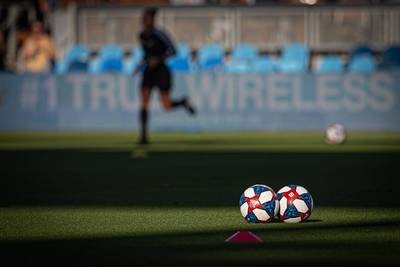 Tuesday's soccer news starts with Major League Soccer setting an April 3 start date for the 2021 season. Clubs opening training on February 22 for the 34-game regular season. The league set the 2021 MLS Cup for December 11. MLS acknowledged that they have yet to reach an agreement with the Players Association after the league invoked the force majeure clause and set a January 29 deadline. In a . . .