By Jason Davis – WASHINGTON, DC (Oct 1, 2021) US Soccer Players - The Columbus Crew are champions. Certainly of MLS. The Crew still hold the MLS Cup after last December's win over the Seattle Sounders. Now, they're also the champions of of... Mexico and the United States? It's tough to pin down exactly what honor the Campeones Cup bestows upon the team that claims it. Following a 2-0 victory at . . . 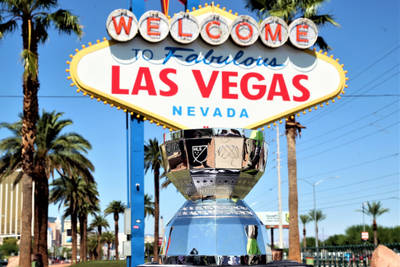 By Jason Davis – WASHINGTON, DC (Sep 24, 2021) US Soccer Players - You can't say they didn't try. The Seattle Sounders did their best on Wednesday night at Allegiant Stadium in Las Vegas, but their best wasn't good enough. After going ahead when Cristian Roldan scored in the 48th minute, Seattle conceded three unanswered goals before ultimately falling to Club Leon 3-2 in the 2021 Leagues Cup . . .

By Luis Bueno – RIVERSIDE, CA (Sep 22, 2021) US Soccer Players - The Covid-19 pandemic destroyed any semblance of what the 2020 MLS season should have been. No soccer for months. Abbreviated, travel-restricted schedules. Empty stadiums. As understatements go, let's just say that it wasn't ideal. However, if there was any hint of lemonade that came out of the truckloads of lemons 2020 threw at . . . 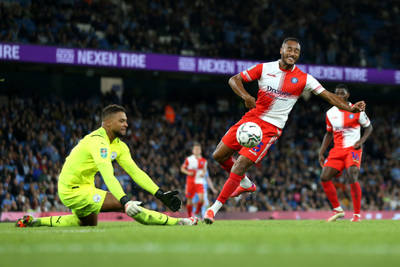 Wednesday's soccer news starts with the third round of England's 2021-22 League Cup. Zack Steffen was in goal for Manchester City's 6-1 home win over Wycombe Wanderers. Falling behind in the 22nd minute, Kevin De Bruyne equalized for City in the 29th. Riyad Mahrez (43rd) and Phil Foden (first-half stoppage time) made it 3-1 at the half. Ferran Torres scored in the 71st, Foden added a second goal . . .

Tuesday's soccer news starts with Club America hosting Philadelphia in the second-leg of their Concacaf Champions League semifinal series tomorrow night (9pm ET - FS1). Club America took a 2-0 lead at Estadio Azteca on August 12. Separating the games by over a month that included an international break is an interesting choice. Whether it's a benefit for either team is part of the scenarios . . . 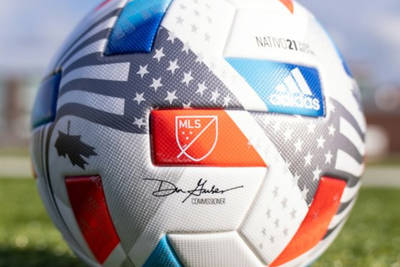 By Luis Bueno – RIVERSIDE, CA (Aug 25, 2021) US Soccer Players - Major League Soccer's annual showcase of talent made a bit of a deviation this year. Originally planned to debut last season but postponed due to the pandemic, on Wednesday we get our first MLS vs Liga MX All-Star Game. It brings to an end the league's 15-year stretch of pitting the MLS All-Stars against a European club. The revamp . . .

By Luis Bueno – RIVERSIDE, CA (Aug 11, 2021) US Soccer Players - In 1995, the Mexican league was a well-established league that featured strong players on quality teams that captivated the entire nation year after year. At the same time, American club soccer was looking to restart topflight soccer for the first time in just over a decade. Over 25 years later, both countries have strong leagues . . . 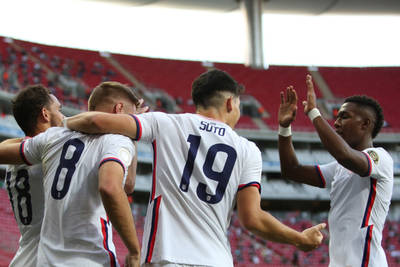 Monday's soccer news starts with the United States and Mexico Under-23 teams advancing to the Concacaf Olympic qualifying semifinals. The two play each other on Wednesday (9:30pm ET - FS1) to close out the group A schedule. Mexico holds the tiebreaker going into the group stage finale after a 3-0 win over Costa Rica. They'll meet the top two group B teams in the semifinals with the winners advance . . . 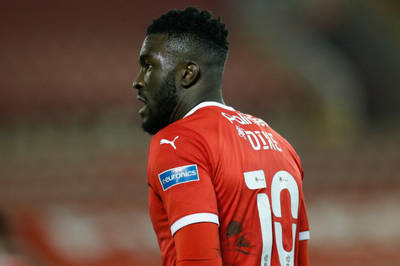 The soccer news starts in the Championship. Daryl Dike scored in the 49th minute of Barnsley's 1-0 home shutout of Birmingham City. "In training, we saw some shots from him and we were really impressed," Barnsley coach Valerien Ismael said. "We thought if he hits the ball like that, it will be a disaster for the opponent' keeper and it's exactly what happened. We knew he had a lot of power in his . . .

By J Hutcherson (Feb 9, 2021) US Soccer Players - Let's go ahead and insert all of the appropriate caveats. The 2020 Club World Cup is happening a month late and in a different year. Oceania's representative opted out due to pandemic restrictions. South America didn't get its champion until January 30. After lifting the Copa Libertadores, Palmeiras played a league game on February 2 before going . . .

New England is well on its way to clinching the Supporters’ Shield, but downplaying that in favor of focusing on the playoffs is the norm in MLS.