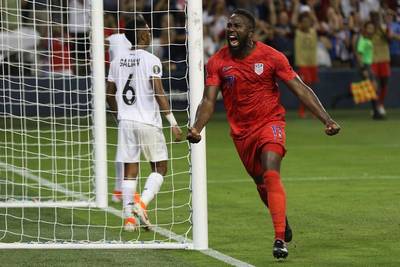 The USMNT advanced to the 2019 Gold Cup quarterfinals by winning group D on Wednesday at Children's Mercy Park in Kansas City. Jozy Altidore scored the game's only goal with an overhead kick in the 66th minute. Sean Johnson kept the clean sheet with one save. The USMNT will play Curacao in Philadelphia on Sunday (8:30pm ET - FS1). Panama plays Jamaica in the early game. USMNT coach Gregg . . . 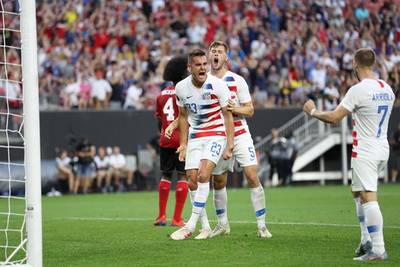 The USMNT posted a shutout in their second Gold Cup group D game, beating Trinidad and Tobago 6-0 in Cleveland. The USA took a 1-0 lead into the half courtesy of a 41st minute goal from Aaron Long. The goals added up quickly in the second-half with Gyasi Zardes scoring in the 66th and 69th minutes. Christian Pulisic made it 4-0 in the 73rd with Paul Arriola scoring in the 78th. Long finished off . . . 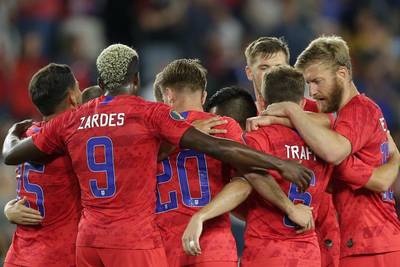 The USMNT opened group D play at the 2019 Gold Cup with a 4-0 win over Guyana at Allianz Field in Saint Paul. Paul Arriola opened the scoring in the 28th minute with an assist from Weston McKennie. The US took the 1-0 lead into halftime. Tyler Boyd made it 2-0 USMNT in the 51st with Michael Bradley assisting. The USA's third goal came when an Arriola ball into the box deflected off of a Guyana . . . 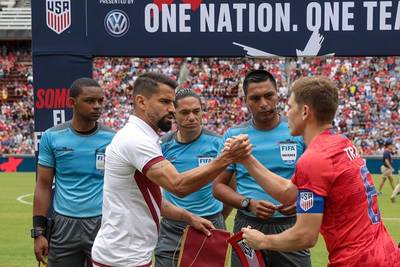 The USMNT continued their 2019 Gold Cup preparations in Cincinnati on Sunday playing Venezuela at Nippert Stadium. With Venezuela working towards the Copa America, they took an early led against the USMNT winning 3-0. The USMNT travels to Minneapolis for their Gold Cup opener against Guyana next Tuesday (10pm ET - FS1). Venezuela's Salomon Rondon opened the scoring in the 16th minute with . . . 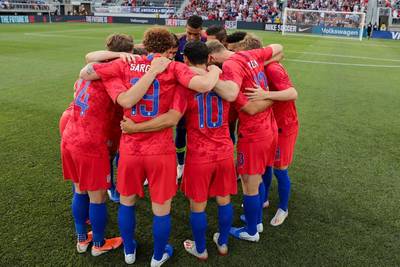 The USMNT opened the first of two Gold Cup warm-up games with a 1-0 loss to Jamaica at Washington DC's Audi Field. Shamar Nicholson scored the game's only goal in the 60th minute with Andre Blake keeping the clean sheet. With rosters due for the 2019 Gold Cup at midnight, USMNT coach Gregg Berhalter said he would use this game to make decisions. Jackson Yueill made his international debut for the . . . 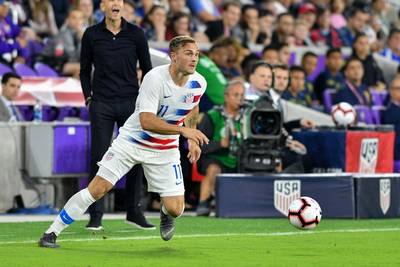 The USMNT started the March 2019 international window with a 1-0 shutout of Ecuador at Orlando City Stadium. A deflected Gyasi Zardes shot in the 81st minute was the game's only goal. Sean Johnson kept the clean sheet. Coach Gregg Berhalter's tactics and personnel decisions showed throughout the first-half. The USMNT played with composure on the ball, winning corners and pressuring the Ecuador . . . 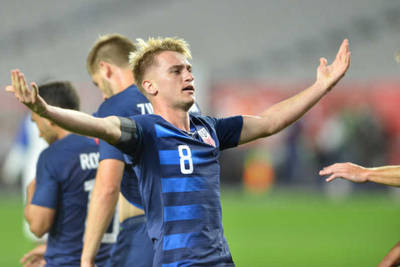 In a night of debuts for the USMNT, it was Chicago Fire forward Djordje Mihailovic making the most of his. Mihailovic scored in his first game for the USMNT, making the difference in the 1-0 win over Panama at State Farm Stadium in Glendale, Arizona. In front of a sparse crowd, USMNT coach Gregg Berhalter marked his own debut by giving five players theirs. That included Mihailovic who put the . . . 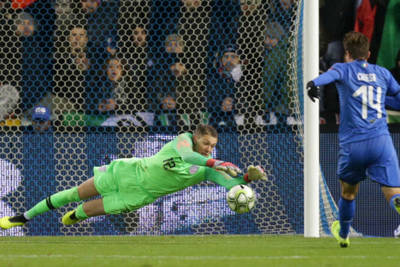 The USMNT finished their 2018 schedule with a 1-0 loss to Italy in Genk, Belgium. Ethan Horvath was in goal for the USMNT, making several saves to keep the USMNT in the game. Matteo Politano scored for Italy four minutes into stoppage time. Romain Gall made his senior team debut for the USMNT. For the USMNT, the focus now shifts to US Soccer announcing a coaching hire. The USMNT returns to action . . . 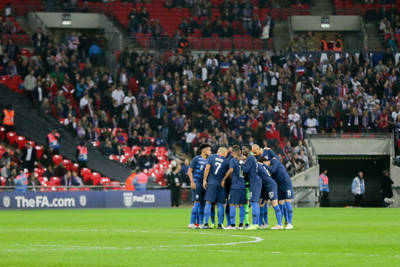 England shutout the USMNT 3-0 at Wembley Stadium to start the November international games. The USMNT fell behind to a 25th minute Jesse Lingard goal, who caught the far corner of Brad Guzan's goal with a bending ball from distance. Trent Alexander-Arnold made it 2-0 two minutes later. The game served as a testimonial for England all-time goals leader Wayne Rooney, who subbed on in the 58th . . . 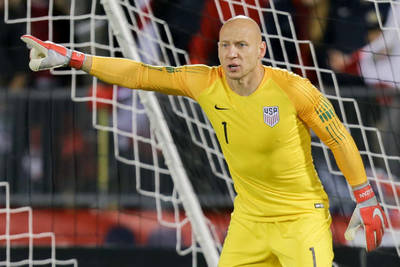 The USMNT finished out the October international window drawing 1-1 with Peru at Rentschler Field in East Hartford, CT. Peru dominated possession in the first-half, but couldn't find a goal. The USMNT took advantage early in the second-half with Jose Sargent getting a deflection and a goal in in the 49th minute. Peru's Andy Polo hit the bar in the 75th and Edison Flores equalized in the 86th . . .