The soccer news starts with a look at the Premier League table after the run of holiday games. Liverpool now has a 13-point lead over Leicester City at the top, with Manchester City a point behind Leicester. There's no flattering to deceive that there's much of a chance of a title race. Liverpool is currently walking away with the season. Chelsea in 4th has the final Champions League spot, 8 . . .

The soccer news starts with a standout performance for Lynden Gooch in the Third Round of the FA Cup. Sunderland beat Lincoln City 3-1 at home with Gooch scoring twice. Tom Flanagan put Sunderland up in the 19th minute with Gooch adding goals in the 23rd and 29th. Lincoln scored in the 66th minute. "We've played well the past three or four games, Gooch said, and picked up some good points. . . .

The soccer news starts with another part of the fixture congestion over England's holiday calendar. After multiple league games from Boxing Day through New Years, the Premier League and Championship clubs have another obligation on Sunday. It's the Third Round of the 2019-20 FA Cup with no break for the top two divisions as they enter the tournament at this point. Sunday's schedule has DeAndre . . . 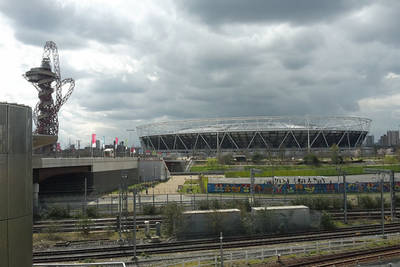 By J Hutcherson (Jan 2, 2020) US Soccer Players - It wasn't a surprise that West Ham United became the latest Premier League club to replace a manager. If anything, the timing was the only issue. In the middle of the crammed holiday schedule, the club decided Manuel Pellegrini was out and former manager David Moyes was in. That's what four losses in a row will do, even if Pellegrini's last loss in . . .

The soccer news starts with the New Year's results from England. Christian Pulisic subbed out in the 66th minute for Chelsea's 1-1 draw at Brighton. Cesar Azpilicueta put Chelsea up in the 10th minute with Brighton equalizing in the 84th. Chelsea is 4th in the Premier League table, eight points behind 3rd-place Manchester City and five ahead of 5th-place Manchester United. "It was an incredible . . .

The soccer news starts with a roundup of the results from the games involving USMNT players in England and Scotland. DeAndre Yedlin's Newcastle United lost 2-1 at home to Everton. Trailing from the 13th minute, Fabian Schar equalized for Newcastle in the 56th. Everton scored again in the 64th. Cameron Carter-Vickers returned to Spurs from his loan to Stoke City. He wasn't in the squad for . . .

The soccer news starts with the Boxing Day results from England. As always, that includes managers complaining about fixture congestion. The number of games on the schedule from the end of December to early January is nothing new, but England finally opting for a winter break is. The Premier League break is staggered, meaning some teams get time off earlier than others. All will be recovering from . . .

The soccer news starts with Tyler Adams back in the lineup for RB Leipzig's 3-1 home win over Augsburg. Trailing from the 8th minute, Konrad Laimer equalized for Leipzig in the 68th with Patrik Schick scoring in the 79th. Yussuf Poulsen finished off the Die Roten Bullen goals in the 89th minute. Adams subbed out in the 86 minute. "It was an indescribable feeling to finally be back in the team . . .

The roundup of the USMNT players in Europe starts in the Bundesliga. Weston McKennie had to exit Schalke's 1-0 home win over Timmy Chandler's Eintracht in the 13th minute with an inury that required a stretcher. Schalke coach David Wagner said, "Weston has dislocated his shoulder and is in hospital right now. We don't yet know if he'll need an operation. He will definitely be out for a while." . . .

Brian McBride and Earnie Stewart both had plenty to say about the status of the USMNT program with McBride introduced as the new general manager.

Spending $5 million on midfielder Edison Flores has DC United operating in the transfer market at a new level for the original MLS club.

Tyler Adams’s RB Leipzig is top of the Bundesliga table as the season resumes on Friday with Fabian Johnson’s Glabach 2nd and Weston McKennie’s Schalke 5th.